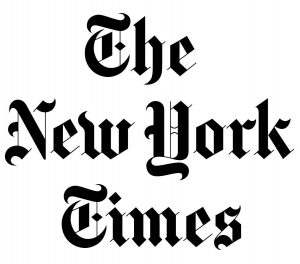 Recently, the New York Times published a very interesting article on the health benefits of electric bikes. Whether or not we live in the US, this newspaper sets the standard across America.

The article opened with the following:

“In the Tour de France, equipping your bike with a small electric motor is called mechanical doping, and is considered cheating. But for the rest of us, an electrified bicycle might be a way to make exercise both tolerable and practical, according to an encouraging new study of bicycle commuting.”

There’s no hiding from the fact that exercise is not only important, but necessary to encourage a healthier lifestyle. Those who participate in regular physical exercise are much less likely to develop conditions such as heart disease, diabetes, cancer, and stroke to name just a few. Nevertheless, statistics show that not enough people are exercising. Lack of time is the primary reason. We all lead busy lives, there’s no doubting that, but could we make just a little more effort to exercise I wonder?

Potentially, electric bikes can provide health benefits by offering a less strenuous form of exercise that can be woven into being a regular pastime, either for commuting or leisure. You have to pedal, but that’s the point. Levels of power assistance on the bikes can be varied to suit an individual need. More or less – it’s up to the rider!

However, the health benefits of electric cycling have been suggested in the past as being somewhat ‘tenuous’ by various factions. In 2016, the European Journal of Applied Physiology published an experiment that was undertaken by researchers at the University of Colorado, Boulder. They wanted to see what would happen health wise if a sample of men and women were given an electric bike and asked to commute to work on it. Their aim was to ascertain whether an electric bike would provide a meaningful workout for people who didn’t really exercise at all. The researchers recruited 20 volunteers and checked the following:

Next, they provided each volunteer with an electric bike, heart rate monitor, GPS device, and asked them use the bike to and from work at least three times a week for the next month, spending at least 40 minutes in the saddle on those days. They could choose whatever speed and effort felt comfortable for them. A month later, the volunteers returned to the lab to repeat the original tests and turn over heart rate and GPS data. All of them had ridden at least the prescribed minimum of 40 minutes three times per week or more. 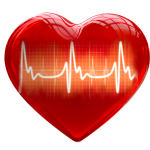 “The riders also had ridden with some intensity. Their heart rates averaged about 75 percent of each person’s maximum, meaning that even with the motor assist, they were getting a moderate workout, comparable to brisk walking or an easy jog.

Perhaps most important, the riders were healthier and more fit now, with significantly greater aerobic fitness, better blood sugar control, and, as a group, a trend toward less body fat.”

Electric bikes may not be for everyone, nor can they work miracles, but for people who do not currently exercise or have never considered using an electric bike for commuting, there’s a lot to be said for it. The health benefits really do exist. The words of William Byrnes, the study’s senior author and director of the University of Colorado’s Applied Exercise Science Laboratory are worthy of note when he said…“It’s exercise that is fun!”