This coming season sees Merida Bikes triumph once again with a fabulous and exciting range.

Focusing heavily on the Shimano Drive, Merida Bikes continue pairing Shimano drives with Shimano own-brand batteries. It’s simply a winning combination of reliability and performance. The introduction of the Shimano E6100, 60Nm high torque motor takes Merida’s leisure bikes to dizzy heights. The new 6100 is over 200g lighter than its predecessor! Also, enhancing efficiencies mean an increase in range of 20%! As a consequence, their range of eSPRESSO models now levels the playing field with Bosch’s performance motor, also peak-rated at 60Nm. 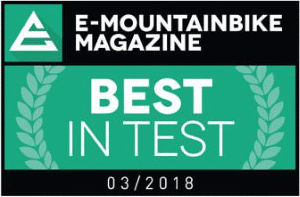 In addition, delivering outstanding performance is Merida’s range of eMTBs. Powering these awesome creatures is a 70Nm high torque Shimano E8000 drive system. It’s lighter than the competition. The Q-Factor is similar to a conventional cycle. Furthermore, many say the ride is more natural with greater feel.

Not for the first time, Merida Bikes have made headline news! Rave reviews in the media and a series of accolades. For example… The eONE-SIXTY 800 Voted “Best in Test” eMTB Magazine for an amazing TWO years running for many reasons, including the following: Most notably, Merida have THREE absolute gems of an eMTB with 160mm of travel. Each fits a different budget: the eONE-SIXTY 800, eONE-SIXTY 900 and the eONE-SIXTY 900e. Each offers a different specification. each delivers outstanding performance in their own right! 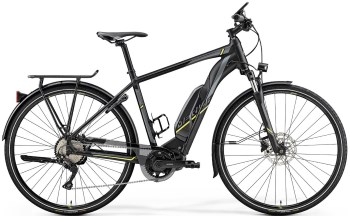 They have a really good spec too! Nice derailleur, disc brakes, frame lock and strong lighting, front and rear. Frame options include full crossbar, step-through and trapezium. Notably, the step-through is available in extra small, with a modest frame size of only 41.5cm. Suitable for even the most petite rider. All in all, the 2018/2019 range of Merida electric bikes is truly exciting and offers something for everyone! More info HERE.